Do fault detection and repair

Upgrade 1 and 2 powerpoints to 4 gang expansions

Do fault detection and repair

Upgrade 1 and 2 powerpoints to 4 gang expansions 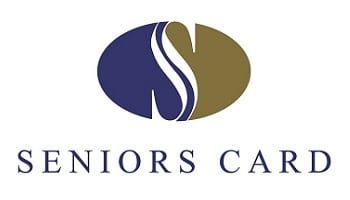 Here are just a few of the reasons Sydneysiders trust us for their electrical work.

We guarantee on time service, and same day availability, so you won't be waiting about.

Unlike some electricians, we've been licensed, accredited and insured for over 35 years.

We're ready to rescue you, no matter when you need us, with 24/7 service, even on public holidays.

Our electricians are friendly, polite, and put your needs first. And our great online reviews reflect this.

If anything goes wrong with our work, we'll come back and fix it for free.

After inspecting your job, we provide a written, fixed price quote on every job, so there are no nasty surprises when you get the bill.

We want to help you today!

So if you schedule now, we'll give you: 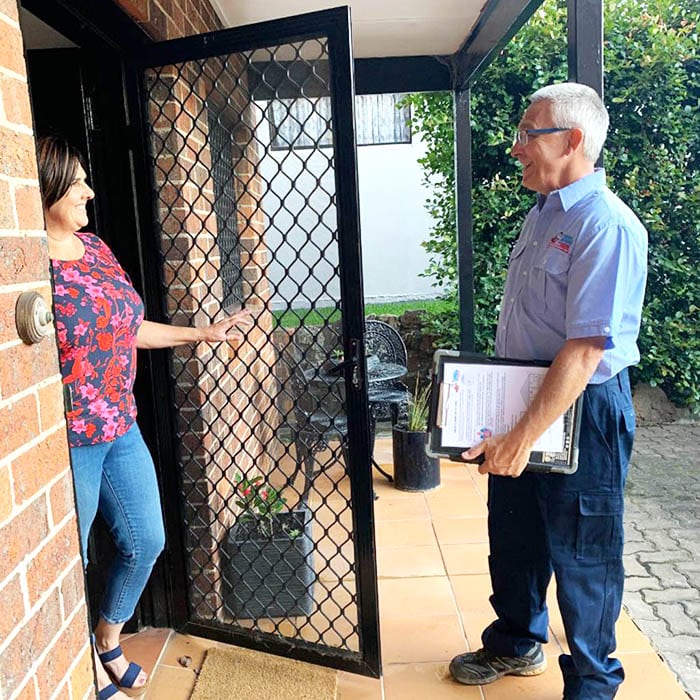 At Electrician To The Rescue we understand the need for convenience. With this in mind, we have assisted numerous households across Sydney by ensuring that their electrical powerpoints are conveniently located, and suit their day to day lifestyle requirements. Adding or relocating a powerpoint in your home can mean no longer having to deal with the hassle of extension cords and messy looking cables all over the house!

If you feel that you have the right amount of powerpoints installed in your home, we can still assist you with your powerpoint repairs and maintenance services. It’s good practise to get your powerpoints checked regularly by a licensed and qualified electrician to ensure your powerpoints are in safe and good working order.

At Electrician To The Rescue we offer a wide range of installation services when it comes to powerpoints. For those houses with an outdoor entertainment area, our electricians can install power outlets capable of withstanding outdoor weather conditions. These weatherproof power outlets mean you can connect all the equipment you need for your next BBQ!

When it comes to indoor power requirements, we’ve got you covered there as well from your everyday 2 gang powerpoints, to USB ports, phone, internet connections and many more. If you need it connected to electricity, we’re ready to help!

Our electricians are here to help you with all things related to powerpoints, so we've answered some of the most common questions we get about powerpoints and switches.

When should I have my powerpoints fault checked?

If you notice the powerpoint working intermittently, the powerpoint is hot to touch or sparks are coming out, these are all signs that the powerpoint needs to be checked. If you live in an older home, scheduled maintenance or safety inspections are a great way to prevent a problem from occurring.

Can you relocate existing powerpoints?

Yes, all our electricians have years of experience and training! They can relocate or install new powerpoints to wherever you would like them.

Do you have an hourly charge?

We charge by the job not by the hour, so no matter how long a service takes, you’ll never pay more than the original quote.

We've got the power! Sydney's first choice for powerpoint electricians

At Electrician To The Rescue all our powerpoint installations, repairs and maintenance come with 100% workmanship guaranteed, so you can be rest assured you’ll never experience the issue again.

Some of the power point services we offer are:

Not all electrical problems can wait for 9am, that’s why at Electrician To The Rescue we are ready to rescue you 24 hours a day, 365 days a year. No matter what time of the night or day, we always have electricians ready to respond to your call.

And with GPS enabled tracking on all our vans, we always know exactly where our electricians are! So when you need an electrician straight away we can find your closest electrician and dispatch them right away, and don’t worry we will always call half an hour beforehand to let you know we’re on our way.

We love getting feedback from our customers - we get great reviews on all of the major review platforms.

" Thanks for the same day service. Peter did an excellent job of installing the ceiling fan, and I was happy with the price as well."

" Your electricians are the best tradesmen I have dealt with. I really appreciated the calls I got from them to keep me updated about the jobs, and they are very conscientious.  "

" Thank you for getting out to me over New Years. Your technician was reliable and a true professional; I will recommend Electrician to the Rescue! "

" I’d like to give a big thank you to you electrician Peter for his great work on the switchboard at our office. From now on we will always use and recommend Electrician to the Rescue.  "

" We were very happy with the professional electrician we had from Electrician to the Rescue: he was well mannered, tidy and efficient. "

We Can Be There Today

We're open 24/7, 365 days a year, ready to rescue you! Contact us via phone, email, or use our online forms, where you can ask a question or book a job online.

The electrical systems in many homes across Sydney were never designed to handle the number of devices found in the modern-day home.

As a result, many of us use double adapters, extension cords and power boards to accommodate our need to access electricity… and unfortunately in many cases this leads to using power dangerously.

In some cases, using too many extension cords, splitters, power boards and adapters can cause a serious fire hazard - for more information, read this useful article on power boards by Fire & Rescue NSW.

But there’s no need to worry! With over 35 years of experience our electricians are ready to rescue you whether you need a powerpoint repaired, replaced, extended, relocated or the safety surge checked.

So, don’t risk the safety of your family, or the potentially expensive damage to your devices by overloading powerpoints and sockets, instead call the powerpoint experts today! 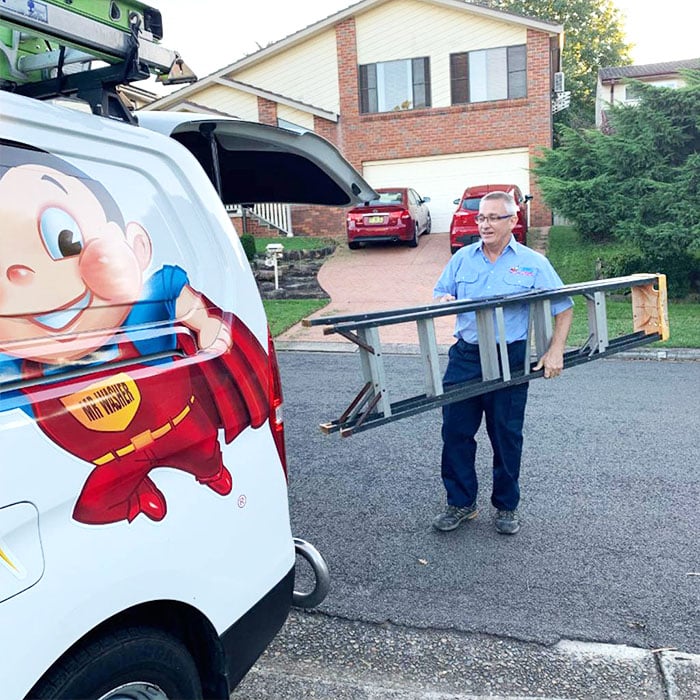 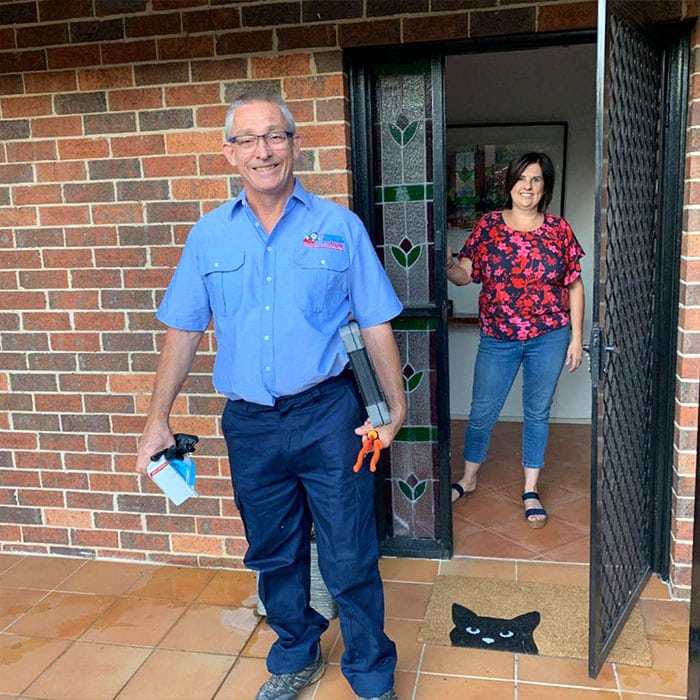 What causes a faulty power point?

When it comes to powerpoints, there are several things that can go wrong and cause a powerpoint failure.

Your powerpoint could have become damaged due to a ground fault. A ground fault is when electricity travels through the ground, instead of the intended electrical path. It’s often caused by worn insulation, water, moisture, or conductive dust getting into an electrical component.

Another common reason for faulty powerpoints is simply the deterioration due to usage over time.  Over the years, each time you plug in and unplug appliances from the socket, there is a slight degradation in the powerpoint.

Over time, this degradation continues and results in the powerpoint eventually becoming damaged after years of usage. That’s why we recommend replacing powerpoints every few years, before they reach this defective state.

In some cases, powerpoints will stop working due to loose or badly connected wires. This is even more likely in the case of powerpoints that have not been mounted correctly. Powerpoints that are only working sporadically could indicate loose wires that need to be tightened. It’s important to get loose wiring fixed as soon as you notice it as they can often overheat and even give out sparks in some cases.

When it comes to electrical problems you should always have a licensed and fully qualified electrician inspect and conduct the repairs. Luckily, all our electricians are fully certified with 100% workmanship guarantee. So, the next time your powerpoint is emitting sparks or overheating, give us a call, we’ll have your home electrics working in no time!

The best powerpoint electrician Sydney has to offer

Looking for a reliable electrician to take care of your powerpoints or electrical sockets? Then look no further! We are the no. 1 trusted choice, our experienced and licensed tradesmen have got you covered whether you need a powerpoint repaired, a powerpoint moved or simply just need some more powerpoints installed in your home, we’re ready to rescue you today!

We are the trusted local electricians in tens of thousands of homes across Sydney because we’re committed to giving you the very best electrical service, no matter the time of day or night.

Weekly training programs on all the latest technology and tools ensures that our electricians are always up to date and ready to fix your powerpoints. Not only that, but all our vans come fully stocked with more than 150 tools and electrical parts, so we can often fix your electrical powerpoint problem on the spot.

With Electrician To The Rescue you don’t need to worry about unexpected bills or costs! When we arrive at your home, we’ll investigate the issue and give you a fixed quote before we start the work.  The price we quote then is the price you’ll pay at the end, even if it takes a little longer to fix.

Electrical work can often get confusing, which is why we keep you informed from start to finish. Our electricians will explain the problem, what has caused it, and the most efficient way to solve it. And that’s why we’re Sydney’s most trusted electricians.